According to the laws of physics and aerodynamics, a bumble bee can’t fly.  So…try telling a bumble bee that! 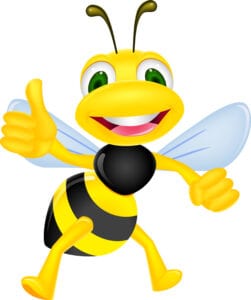 Isn’t it wonderful that bumble bees don’t possess human traits?  Because if they did, in all likelihood, we would live in a world devoid of flowers and honeycomb and the simple delights of bumble bees productively going about their business in our garden.
Why?  Because we human beings have a knack for getting caught up in limiting self beliefs, so it follows that the bulk of us would simply accept the word of the scientific community and not fly because we’ve been told we can’t!
And like the imaginary void that would be created without the ingenuity of bumble bees, we create huge voids in our life by accepting self limiting beliefs.
Our beliefs about ourselves, those around us and the world at large affect who we are and how we behave. Beliefs are merely thoughts that with a little encouragement and repetition from our over-active minds transform into facts. Or so we are led to believe.
Once we have formed a self-limiting belief, we continue to pursue evidence to prove that our belief is real. These beliefs are backed up by our self-talk, providing further evidence to back up our negative thoughts.
How many times have you caught yourself saying:

Limiting beliefs are self-perpetuating; the more we believe something to be so, the more our actions reflect that belief, and the more the resultant failure to achieve what we originally set out to do reinforces the initial limiting belief.
So, how do we break the vicious cycle of self-limiting beliefs and create more positive outcomes? 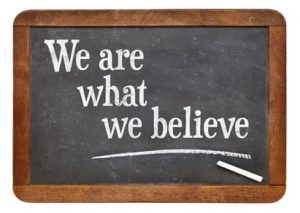 6 Step Plan to Break the Cycle of Limiting Beliefs
The first step in breaking the cycle of self-limiting beliefs is recognizing that the belief exists.
This can often be difficult because many of our limiting beliefs stem from early childhood experiences, or are so deeply ingrained into our psyche that we aren’t consciously aware of them.
For example, you may have been told over and over as a child that you’d “never amount to anything” because you didn’t get your homework in on time.
Over the ensuing years, you’ve lived a mediocre life, settling for whatever life has thrown at you because you don’t believe you are capable of anything better.
So, let’s look at a series of exercises that will disprove your long-held belief and create a whole new world of opportunities.

This exercise is designed to give you a new-found sense of excitement about the unlimited possibilities you can create. If you want to take this exercise one step further, describe the feelings of elation and freedom your new belief gives you.
Most importantly, you need to visualize yourself without the self-limiting belief that has held you back in the “no-fly zone” for most of your life.
You would be deceiving yourself if you believe that you only need to practice this exercise once. In most cases, your self-limiting beliefs have dictated who you are and how you see the world for a very long time, so you need to repeat the exercise until the revised belief becomes a part of you.
Daily affirmations will help hasten the process. Write down on a piece of paper an affirmation that describes the new belief you are focused on, and pin it up someplace where you’ll see it every morning. The mirror where you dress each day is perfect.
Then, each morning, say out loud your affirmation. And say it like you mean it!
It also helps to repeat your affirmation to a loved one, say, your spouse or family. If you don’t have a loved one to acknowledge your affirmation, shout it out loud to the cat or even your next-door neighbors! (They’ll probably try to have you committed, but who cares? You’re a human being reborn!)
Breaking a self-limiting belief is like seeing the world for the first time without the lens cap on. A brave new world of opportunity that you never knew existed is out there, waiting just for you.