Procrastination is the Thief of Time 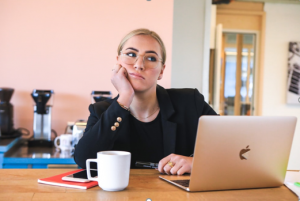 It’s Friday afternoon, the clock is ticking, and your fingers are jumping from one key to the other. You’re working furiously, your five o’clock deadline is nearing, and the weekend is just around the corner.
But you’ve still got much to do and less than an hour to finish. You silently curse yourself for not starting sooner. So, what happened? How did you end up running out of time?
Well, there were hours you spent scrolling through social media, your multiple coffee breaks, re-reading emails, and completing tasks that you could’ve started later.
Procrastination haunts all of us. We’re all guilty of procrastinating and saying, ‘I’ll do it later,’ or ‘I’ll start in a while.’ But the negative impacts of procrastinating can steal dreams, cause missed opportunities, and even destroy lives.
Some people are lucky enough to pinpoint their tendency to procrastinate and how much it holds them back. Let’s discuss how procrastination can wreck your dreams and how you can combat it:
The Origins of the Procrastination is the Thief of Time
Often, Charles Dickens gets the credit for coining the term ‘procrastination is the thief of time.’ However, the truth is that Dickens popularized the proverb by putting it into the mouth of Mr. Micawber.
In 1850, Mr. Micawber said, ‘My advice is, never do tomorrow what you can do today. Procrastination is the thief of time.’
While Mr. Micawber became a widely quoted character for pronouncing the proverb’ procrastination is the thief of time,’ he was hardly original. In reality, the phrase is an adage created by English writer Edward Young.
Young wrote a 10000-line poem known as ‘The Complaint’ or ‘Night-Thoughts on Life, Death, and Immortality or simply ‘Night-Thoughts.’ In this extensive poem, the poet muses over death over the courses of nine’ nights,’ i.e., nine sections.
A Quick Glance at the ‘Night-Thoughts’
In the first part of Night-Thoughts, Young says:
“Be wise today; ’tis madness to defer;
Next day the fatal precedent will plead;
Thus on, till wisdom is pushed out of life.
Procrastination is the thief of time;
Year after year, it steals, till all are fled,
And to the mercies of a moment leaves
The vast concerns of an eternal scene.”
Young’s use of the proverb ‘procrastination is the thief of time’ goes beyond caution against putting things off. Instead, the poet suggests that time wasted procrastinating one thing is time wasted doing nothing of any consequence.
It goes to say that if we delay filling our taxes by arranging our spices alphabetically, the fact remains that we should have done something of far more importance.
How Does the Proverb Describe ‘Procrastination’?
Edward Young describes a procrastinator as someone who procrastinates in doing things at the right time and finds themselves in situations where they had little time to complete the task.
Typically, people procrastinate because:

Why is Procrastination the Thief of Time?
‘Procrastination,’ deferring a task or putting something off, is the ‘thief of time’ because you waste time by delaying tasks.
This hypothesis potentially embraces two meanings: you are wasting time when you could have accomplished what you need to achieve. And that all procrastination is time-wasting.
What Are Some Common Examples of Procrastination?
Let’s discuss the top common examples of procrastination:

The Prevalence of Procrastination: What Does Research Say?
According to an insightful study, up to 95% of all people procrastinate to some degree. And with approximately 25% of adults considering procrastination as a defining personality trait, it’s no wonder it can be a thief of time that causes various other issues.
Another study encompassing over 22,000 employees found that workers in different jobs have different procrastinating habits:

Why is Procrastination Bad? A Closer Look at Its Downsides
Procrastination can lead to you missing out on incredible opportunities due to temporary enjoyment. In general, procrastination affects the following sectors of your life:

Now let’s discuss the negative side-effects of procrastination:
Loss of Time
Procrastination makes you realize that you’ve lost valuable time you could’ve spent chasing your dreams and achieving your goals.
Gone Opportunities
Every person regretted not taking advantage of an opportunity when it was relevant. In most cases, the underlying cause is procrastination.
And the harsh truth is that most opportunities only come by once.
Putting Off What Needs to be Done Likely Results in a Poor Product
Some people believe that procrastinating motivates them to perform the best. Although it is true for some people, it isn’t always the outcome.
Completing your essential project at the last minute will probably cause poor results.
You Add to Other People’s Workload
No one enjoys getting extra work dumped on them due to another employee’s failures. It results in resentment, adds to an employee’s workload, and even causes feelings of anxiety.
Let’s discuss six top ways you can stop procrastinating:

The Bottom Line
Procrastination can lead to various academic, employment, financial, and interpersonal issues. Not just this, but procrastination can cause decreased wellbeing, worsen mental health, and make it difficult for you to get appropriate help.
Avoid procrastinating and be proactive.
For more help on reducing procrastination, so you can create your ideal business and ideal life, reach out to me today and schedule your complimentary consultation.
_______