In the below story, Dr. Tony Alessandra tackles the topic of resilience. When we become discouraged, we have two options – we can either give up – or, we can pick ourselves up and dust ourselves off. In our professional lives, resiliency is critical. If we don’t maintain a positive outlook and the ability to persevere despite setbacks, it will hinder our success. Read on to discover Dr. Tony’s tips for dealing with problems head-on and improving your resilience!

Resilience means knowing how to cope in spite of setbacks, barriers, or limited resources. Resilience is a measure of how much you want something and how much you are willing, and able, to overcome obstacles to get it. It has to do with your emotional strength. For instance, how many cold calls can you make in a row that all turn out to be “no thank you?” 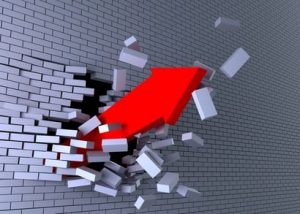 Remember Abraham Lincoln? You would not, if he had given up. In 1832 he was defeated for the state legislature. Then he was elected to it in 1834. In 1838 he was defeated for speaker of the state house. In ’40 he was defeated for elector. Lincoln ran for Congress in 1843 and guess what – he was defeated. He was elected to Congress in ’46 and then lost for re-election in ’49. He ran for U. S. Senate in 1855 and – was defeated. In ’56 he was defeated for Vice-President. He ran again for the U.S. Senate in 1858 and lost. And in 1860, Abraham Lincoln was elected President of the United States – one of the best presidents we have ever had. That is resilience!
Your challenge to stay resilient may not be quite the size of Abe Lincoln’s. You might be working on making a sales quota when 90% of your prospects say “no.” You might be pushing for a change in a local zoning ordinance and you have to fight city hall. You might be trying to get your co-workers to recycle paper in order to save money and trees. When you are up against obstacles you can either maintain your resilience, or cave in to defeat.

We are all pretty resilient when we are little. We fall down and pick ourselves up again. The tent we make with sheets and cardboard gets blown apart by the wind and we put it back together again. Someone says we cannot go to the park ’cause it’s raining, and we find something else to do. But somewhere along the way, we start to develop a rigidity toward the unexpected, and then toward change in general. We lose our ability to shift course or to try something else. We lose our resilience.

In his book, A Whack on the Side of the Head, Roger von Oech tells the story of when he was a sophomore in high school; his English teacher put a small chalk circle on the blackboard and asked the class what it was. After a few seconds, someone answered: “A chalk circle on a blackboard.” No one else had anything else to say, since the drawing had obviously been named.

The teacher told the class: “I am surprised at you. I did the same exercise with a group of kindergartners yesterday and they thought of 50 things the chalk mark could be: an owl’s eye, a cigarette butt, the top of a telephone pole, a pebble, a squashed bug, and so on.”

Another reason we lose resilience is because we stop playing games. We stop playing board games, unless it is to entertain our kids. We stop playing basketball or baseball with our friends. Whether it is checkers or volleyball, games teach us to stay open to new situations. One-on-one sports like tennis and racquetball can teach us resilience because we constantly have to react to the unexpected – to our partner’s next move. And that is good training for life in general. However, too often, when we play games as adults, it is a win-lose proposition, not an occasion to test our resilience.

Remember that we are talking about resilience as an ability. It relates well to two of the traits we defined as flexibility traits: confidence and positiveness. The versatility traits build on those flexible attitudes. Having a sense of confidence in yourself, and maintaining a positive expectation toward people and situations lays the foundation for the ability to be resilient.
Let me give you a couple of tips on improving your resilience. Here is an exercise that is fun and can tell you something about yourself. Finish this sentence with five different endings: When I am faced with a problem I….

I will give you 30 seconds to come up with any 5 answers. Be creative. Remember the kindergartners. When I am faced with a problem I… PAUSE: 30

Is there a pattern to your answers? Here are some answers I came up with for myself: When I am faced with a problem I generate several different options to deal with it.
– I ask my wife, Sue, what she thinks.
– I listen to music in the dark.
– I say to myself: OK, “this too shall pass.”
– I call one of my friends to get their input.
– I decide it is time to read the sports page.

Now some of those answers are useful and some are silly. But what that exercise revealed to me was that my attitude is basically one of engaging the problem rather than running away from it. I hope you have some silly answers among the serious ones.  I also hope that your answers indicate that your basic approach to problems is a hands-on, can-do attitude. That is the stuff resilience is made of. 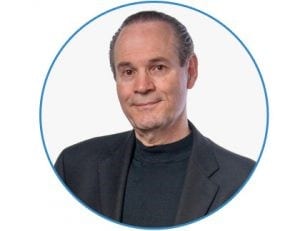 Dr. Tony Alessandra has a street-wise, college-smart perspective on business, having been raised in the housing projects of NYC to eventually realizing success as a graduate professor of marketing, internet entrepreneur, business author, and hall-of-fame keynote speaker. He earned a BBA from Notre Dame, a MBA from the Univ. of Connecticut and his PhD in marketing from Georgia State University (1976). Known as “Dr. Tony” he’s authored 30+ books and 100+ audio/video programs. He was inducted into the NSA Speakers Hall of Fame (1985) and Top Sales World’s Hall of Fame (2010).  Dr. Tony is also the Founder/CVO of Assessments 24×7. Assessments 24×7 is a global leader of online DISC assessments, delivered from easy-to-use online accounts popular with business coaches and Fortune 500 trainers around the world.